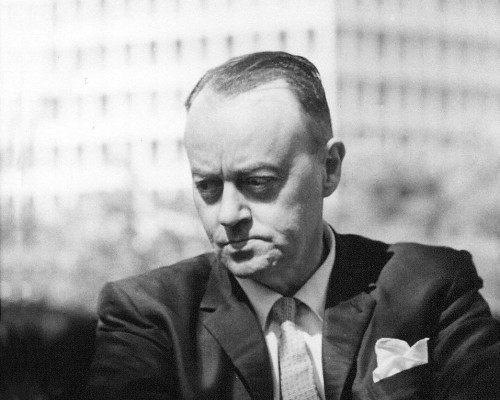 The following story is historical fiction, based on research from many different sources. Thank you to all of those who documented Spinal Cord Injury Canada's history.

In February of 1944, I ship out overseas to England with the Canadian Artillery. I'm going to war. I've just finished my training to be a lawyer, but that can wait because my country needs me. I train with my men in England for several months. It turns out there is a shortage of Infantry Officers, so I raise my hand. Within short order, I join the Calgary Highlanders on the frontline near Nijmegen, Holland. It is November and freezing cold. As I lie in the dugout, I think of home. There’s not much more to do.

At the beginning of 1945, we attack the German forces sitting along the front line and have been all winter. On the morning of the attack, I am given the job of leading the first platoon of the infantry at Wyler's northern end. Unfortunately, the Germans have figured out the range of the Canadian troops and start dropping high explosives. One of them catches me when I am above ground, and I sustain a spinal cord injury. This puts me out of action. I am replaced by the rest of the troops that pass by.

I try to attract somebody's attention to be carried back to medical care. The only people who see me are six Germans heading back to surrender. They are very neatly and immaculately dressed. They look like they have been preparing to surrender for a long time. So, they pick me up, one on each corner, and carry me back until I get to the waiting ambulance. From there, I go on to the hospital in Nijmegen.

Antibiotics are in short supply, so I'm offered scotch instead. I can tell the doctors don't think I am going to survive. Well, I guess the whiskey treatment is better than being turned into a pincushion. I am sent to No. 1 Neurological Hospital in Basingstoke, England.

After I am medically stable, I return to Canada on the hospital ship, the Lady Nelson. I am eager to see my wife, Mary. We were only married a short time before I shipped out overseas. On my arrival, I am initially set to go to London, Ontario, but I find out from the ship's Chief Medical Officer that there is a new treatment centre in Toronto for people with spinal cord injuries called Lyndhurst Lodge. Apparently, they are making fantastic progress with the people with spinal cord injuries that go there. So, I go to Christie Street Military Hospital instead, knowing they will send me to the Lodge. I am injured late in the war, so I am one of the last veterans at Christie Street.

At the hospital, I meet a man named John Counsell, who has started an organization called the Canadian Paraplegic Association. There are members across the country. They also run the treatment centre I heard about on the ship. I know I want the opportunity to do my own thing, to live life my own way. John believes that everyone working in the rehabilitation field has a responsibility to ensure patients have full awareness of their own abilities. He says that the goal is to foster self-reliance in each patient because his or her future will depend on it. I agree wholeheartedly, and by November 1945, I am at Lyndhurst Lodge, to re-learn how to be me.

I join the organization, and when I am not busy with my rehabilitation, I offer to help. At this stage of the game, the veterans are pretty well cared for, so the Association is devoting its time to civilian casualties. There is still a great shortage of folding wheelchairs that are brand new on the market. I discover that Veterans’ Affairs can get the chairs for their casualties, but we have a hard time getting any for the injured civilians. If I order ten chairs, I might get one. If I order 30 chairs, I get three. It isn't hard to figure out their arithmetic. There is one day when we need 15 chairs, so I order 150 chairs. At this point, Everest and Jennings in Los Angeles is caught up with the demand. The next thing I know, 150 chairs arrive. This isn't entirely popular with the Board of Directors of the Association. Still, Connie Smythe finds a place down at the Gardens to store them. The bank also decides to see us through, and the bank manager is very lenient and puts up the money. So, we have chairs for all the civilian patients for the next few years.

Leaving Lyndhurst Lodge isn't so easy for me. The place is comfortable, but I do want to get out. I just am not sure what will happen. Dr. Jousse, the Medical Director, convinces Mary to rent a cottage for the summer, and the two of us go. We are miles away from any doctor who knows anything about spinal cord injury. We spend the summer there, and I never look back. It's funny, but you figure out how to live. When we are back in Toronto, we find out housing is scarce. Mary and I live in a hotel in Toronto for a year until we find an accessible apartment. We live in that apartment for several years until we find a bungalow in the Leaside area. We renovate to make our home accessible. Even though the renovation seems to go on forever, I know we are lucky. Sometimes, when people are to be discharged, there is nowhere for them to go. One young man, still in his teens, is discharged to a home for the aged. The Association understands the difficulties people face when they leave Lyndhurst Lodge. We all must fight for inclusion in society.

I go on to be the General Secretary and then in 1967, the Managing Director of the Canadian Paraplegic Association. We have our meetings at our house sometimes. Somehow, Mary gets 25 wheelchair users in our home, all at the same time. I am also thrilled to have a son in 1954.

Twenty-five years after the start of Lyndhurst Lodge, we all realize we need a larger building as there is a long waiting list of people wanting treatment. We can no longer serve all of the people in need. At our 1970 Annual General Meeting, we talk about building a new hospital. Much to everyone's frustration, plans are developed, scrapped, and then re-developed during 1971. Meetings, committee hearings, and approvals fill 1972. I am working with Andy Clarke on overseeing the building of the 106-bed Lyndhurst Hospital. The Association approves a research lab as Dr. Botterell is very interested in having one. The ground breaks on the site in 1973.

I die in 2008 as a former member of the Lyndhurst Hospital Board, and the former Chairman of the National Council of Veteran's Association. I am an Honorary Member of the Sir Arthur Pearson Association of the War Blinded. I am also an honorary citizen of Trinidad and Tobago, a country I will always love. I live until I am 91 years old.

Toast my long life with a glass of scotch.