What Can You Expect From Your Bladder? 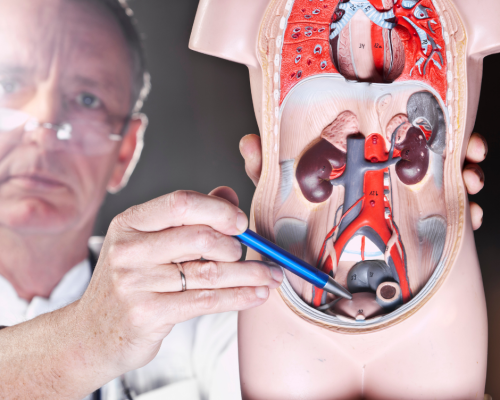 In around 80 percent of people who have spinal cord injuries, their bladder function is affected. As these individuals adjust to new ways of doing things, solutions for going to the bathroom are at the top of the list – it’s pretty important! Once you’ve figured out and adjusted to your new bladder routine, though, you might assume it will be the new normal for the rest of your life. But even in the general population, kidney and bladder function decline with age, and the risk of urinary tract infections (UTIs) goes up.

That’s one reason why many people who have spinal cord injuries will see their bladder management strategies shifting as they get older. A 2018 report from the National Spinal Injuries Centre in the U.K., which followed men and women with spinal cord injuries for 20 years, found that half of the participants had changed their bladder routines since the start of the study.

In many cases, the reason for change could be that hand dexterity is worsening with age, or it’s harder now to transfer onto the toilet, or a partner who usually helps out is getting older and less able to pitch in.

But often the urinary tract itself changes over time in people with SCI. The bladder can gradually lose stretchiness with age, making it harder to empty completely. That means that methods that worked in the past, like condom drainage, pushing on the bladder, and straining, are no longer as reliable as they used to be. The U.K. study found that more people were using catheters compared to 20 years earlier.

Sometimes, physical changes aren’t revealed until a routine exam shows your bladder function is less than perfect. You might assume things are still working just fine. But you might see clues – like more frequent UTIs, or unusual-for-you urine accidents. “These are signs things aren’t going well with the way you’re managing your bladder,” says Dr. Blayne Welk, a urologist at Western University in London, Ontario, who specializes in neurogenic bladder dysfunction. “That’s when we have to intervene and improve the way you’re emptying your bladder.” He adds:  “Unfortunately, the more you put it off, the more complicated it can sometimes be to rectify it.”

That’s a strong argument for seeing a urologist annually for bladder and kidney tests, no matter how well you think you’re doing. While the loss of bladder elasticity is generally irreversible without major surgery, there are other approaches that could improve bladder emptying if you’re having issues. These include medications, Botox injections and even switching to catheters.

People who have already been using in-dwelling catheters for years face risks with age, as well. You may be more vulnerable to urinary tract infections than you used to be. The urethra could get inadvertently damaged, and the catheter could start leaking or even falling out. You might speak with your urologist about options like using intermittent catheterization instead, or a suprapubic catheter (which is inserted through an opening in your skin, near the bladder, instead of through your urinary tract).

As someone with SCI, you’re also more likely to get bladder and kidney stones than the general population. That’s just another reason to have your annual urologist appointment since an exam will spot them.

In the meantime, here are a few more tips:

Lastly, don’t put off seeing a urologist, either for your regular checkup or when you see signs your bladder might be changing. “My biggest message is to be proactive,” Dr. Welk says. “It’s always frustrating as a physician to see someone who has gone beyond the point where I can fix things. That’s when I say, I wish I had seen them five or 10 years earlier.”

To find out more about blogger Lisa Bendall, you can visit: /our-bloggers